I rarely heard a more precise, sensitive, distinct, complex, dynamic and on the point drum solo than Joe Morello playing his 13 minutes solo for Dave Brubeck’s Castilian Drums at Carnegie Hall in 1963 (unfortunately only on record). Despite Morello performing with a 41 degree fever that night, I was wondering where the magic of that solo came from.
Equipped with a Buchla 200e (modular synthesizer) and four transducers attached to four different material entities (metal, glass, wood and plastic) I am exploring a Drum Solo without an actual drum set. At Carnegie Hall Joe Morello uses every material surface and every possible dynamic he can get a hold on to create a multitude of sounds and atmospheres. In Drum Solo I consider the four materials as resonating objects, which produce “structure born sounds” (like an acoustic instrument), rather than as loud speakers. The audience is surrounded by the four objects, of which everyone has its specific acoustic character. Together with the electronic sounds by the synthesizer they open up a space that obviously has an electronic origin, but at the same time has the material character of an acoustic setup.

Li Tavor (b. 1983 in Basel-Stadt) is a Swiss architect, graduated from ETH Zurich and a musician and composer currently studying electroacoustic composition (MA) at ZHdK in Zurich. Her work as a musician comprises composition, performance and installation. She currently is a lecturer at the BA of the department of Fine Arts at ZHdK Zurich and is a visiting professor for architectural design at RMIT Melbourne. She’s the co-founder of the real-time music broadcasting project Pain and performs in several electronic improvisation formations.
Together with Alessandro Bosshard, Matthew van der Ploeg and Ani Vihervaara, she was selected by the Swiss Arts Council in 2017 to curate the Swiss Pavilion at the 16th International Architecture Biennale in Venice, where their exhibition Svizzera 240: House Tour was awarded the Golden Lion for Best National Participation. In 2019 she was an exhibitor at the São Paulo Architecture Biennale and at the Sharjah Architecture Triennale. Amongst other places, her work was shown at the Kölnischer Kunstverein, the Engadin Art Talks, the Piano Nobile (Geneva), NUS Museum Singapore, at Signal Art Gallery (NYC), Manifesta 11 (ZH), at Taylor Macklin (ZH), Freymond-Guth (BS) and at Kunsthaus Bregenz. 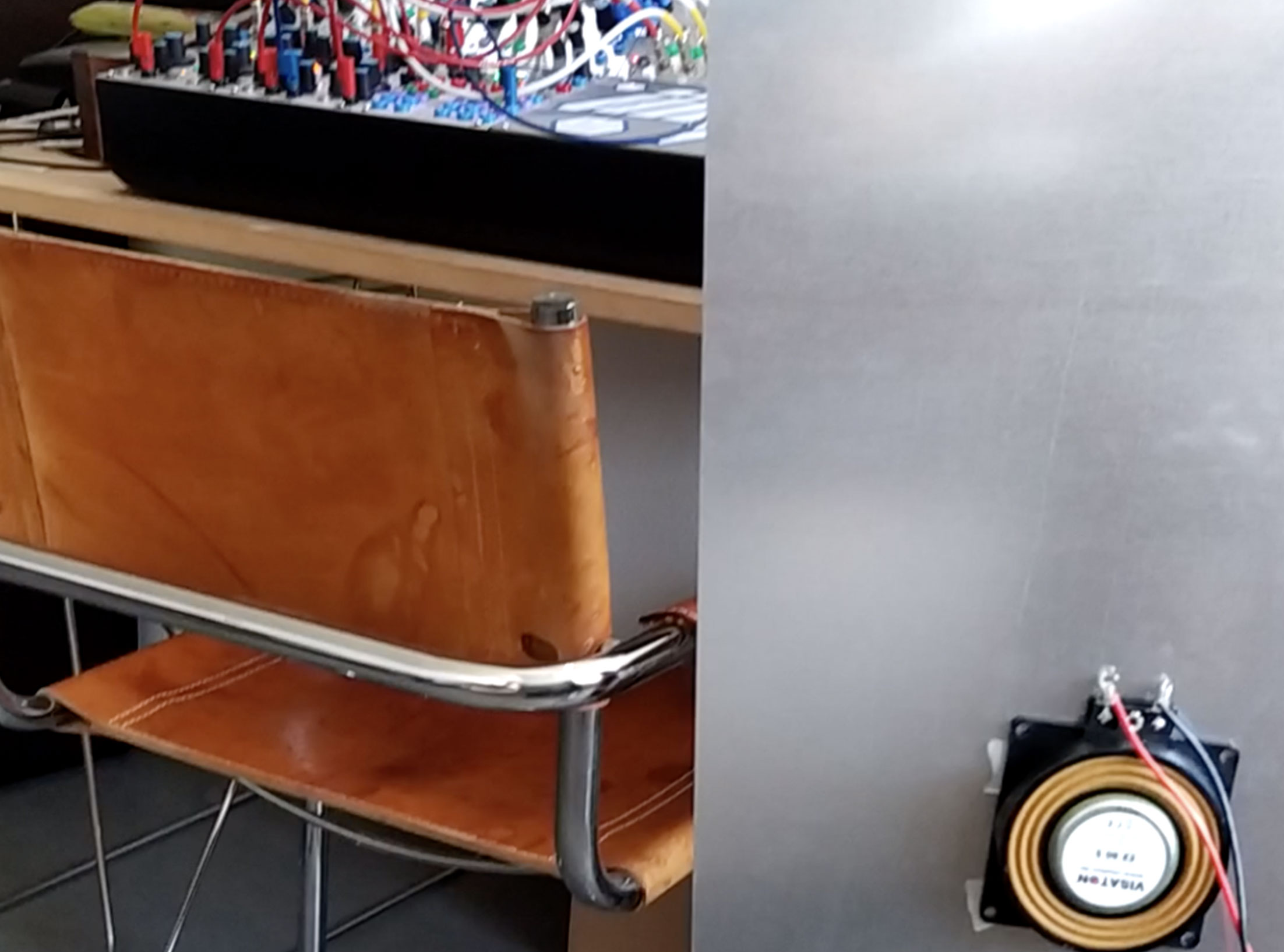 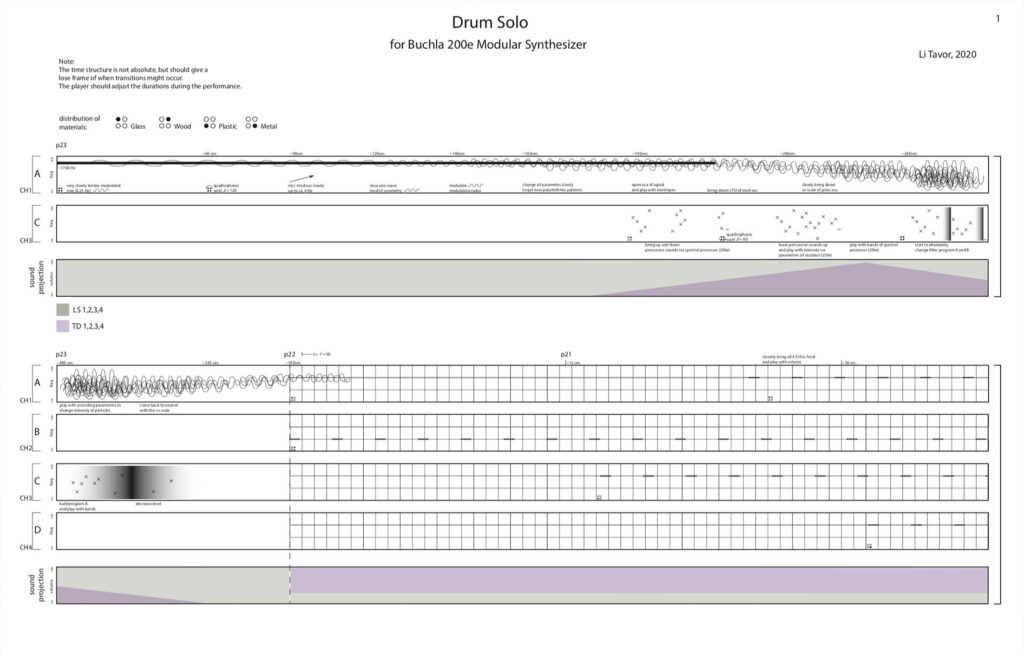 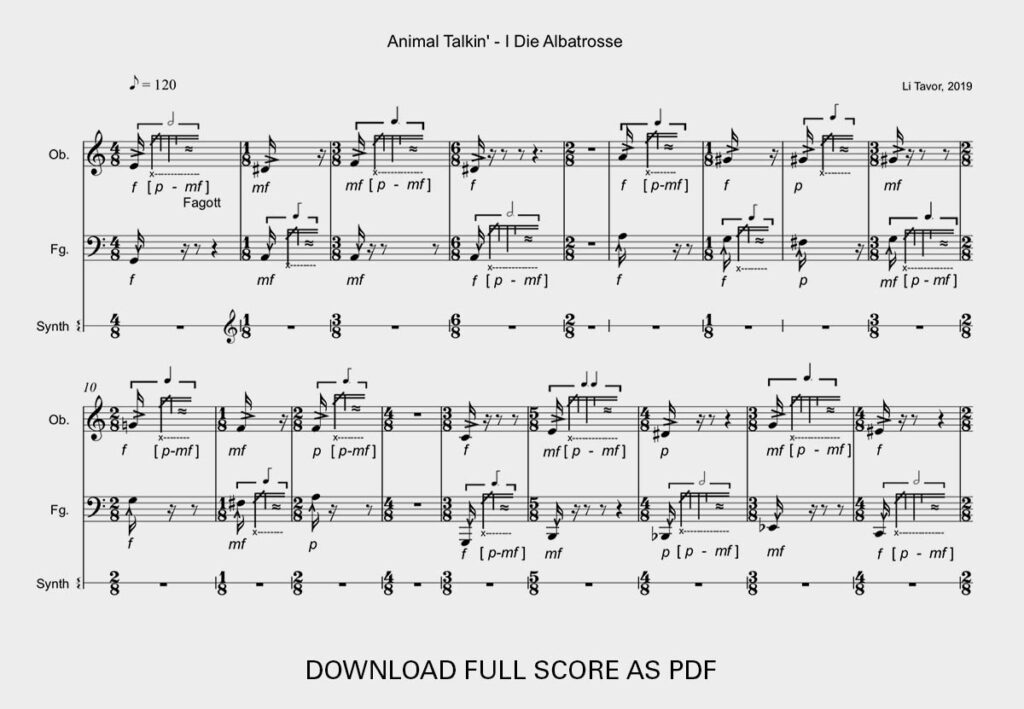 For strings, woodwind instruments and modular synthesizers.
Li Tavor, 2019, 10min.
World premiere in 2020 at the ZHdK Zürich under the direction of William Blank, played by the Arc En Ciel ensemble and Li Tavor (synthesizer)

Up next: Li Tavor at Istituto Svizzero Milano

Talking Measures. Or how to lose Track.
A music installation in collaboration by Li Tavor and Nicolas Buzzi at the Istituto Svizzero in Milano.

Autumn 2021, opening date to be defined.